How to Tackle the OPCVL Question for IB History

When considering the OPCVL question on the Paper 1 exam (worth 4 of the total 24 points) we must look at one specific historical document and refer to its origin, purpose, and content to determine what its values and limitations are to historians. 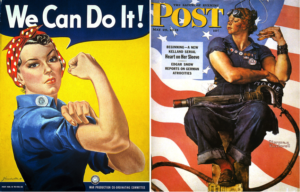 To be clear on what each of these terms means it is helpful to think of the kinds of questions we need to ask ourselves to gain a deeper understanding of the document presented.

We’ll have to ask all of these questions, but the set of origin, value, and content questions have to be asked in light of the values and limitations questions. For instance, if we identify the author of a specific text as a Japanese business person and the text was created in 1924, we’ll then ask how that helps us better understand Japan at that time as well as the perspective a business person might have. We might also ask if there are any limitations to this business person’s knowledge, and any bias that he or she (presumably he, given the time and country) might have.

To get all 4 available points, we need to reference the origin of the text, its purpose, and its content, at least one time each. We must talk about values and limitations as they relate to origin, value, and content, so the possibilities are as follows:

We don’t have to mention every possibility, but rather just any four of the six. Thus we can choose the four we are most confident in. For instance, let’s say we have chosen the following:

You’ll notice that “purpose” appears twice. This is because a purpose can both have value for historians investigating a particular aspect of history while having some limitations in some other ways. The same holds true for origin and content as we can talk about values and limitations for either without saying anything contradictory.

When we’ve identified which four points we would like to include in our response, it is simply a matter of writing them out. Now remember, we need to ensure that our answer is clear so it’s perfectly fine to rely on a fill-in-the-blank approach to answering. In fact this is particularly useful because it helps us save time and becomes quite automatic with some practice. For instance:

“The (origin/purpose/content) of this source is that (explain), and this is (valuable/limited) because (explain).”

Now, take a look at the source below and then we’ll create a sentence that fills in the blanks. 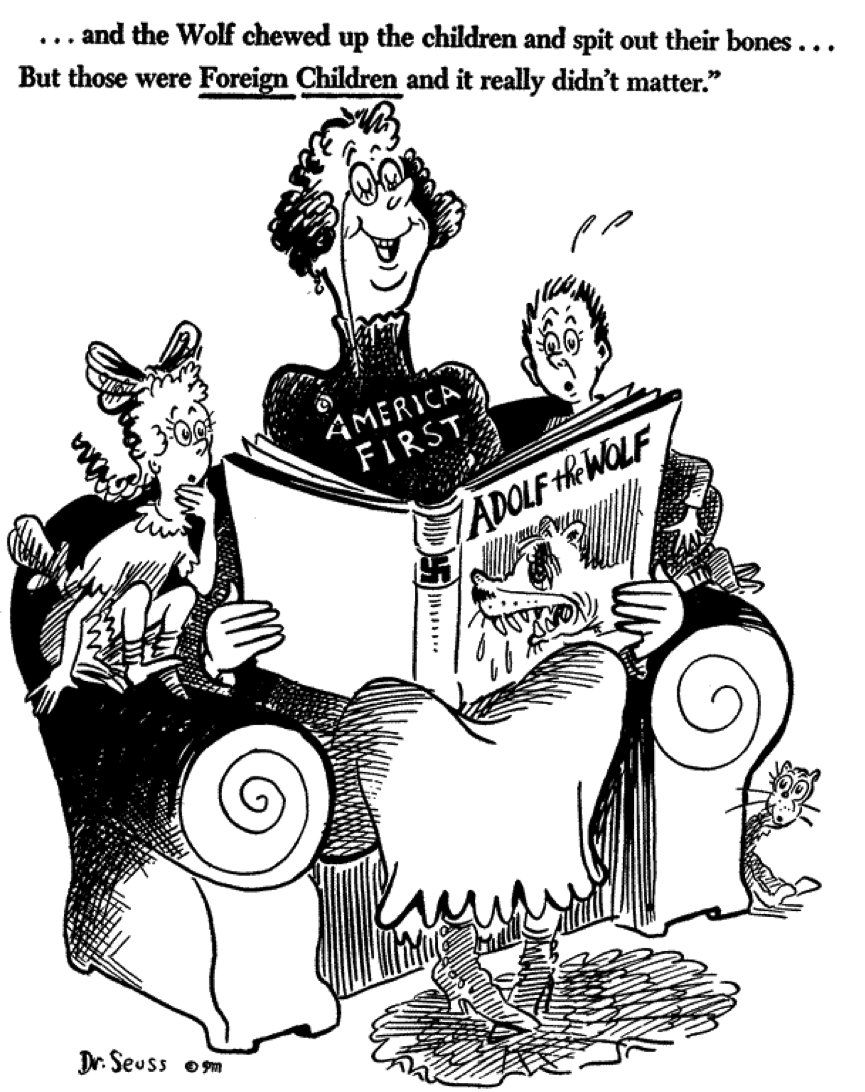 The political cartoon shown above was created by the famous American children’s author and illustrator Theodore Seuss Geisel, better known as “Dr. Seuss”. Created before America’s entry into WWII, the cartoon criticizes the U.S. for passively sitting by and allowing Nazi Germany to conquer much of Europe, capturing, displacing, and killing many people in the process. If we were to write an OPCVL response to this source, we might construct one of our sentences as follows, with the underlined content being what we must interpret from the text and fill in:

“The purpose of the source is that it criticizes the U.S. government for it’s ‘America First’ policy, and this is valuable because it provides historians with insight into the perceptions of American citizens, like the author, who see the government as lacking empathy for Hitler’s victims in Europe.”

That gets us one point, but to get all four points we would need to identify the values and limitations of origin and content, as we saw before. But first, here are some tips for providing a sufficient answer:

With those points in mind, let’s take a look at a full OPCVL response. Notice all of the things we’ve talked about coming together.

The purpose of the source is that it criticizes the U.S. government for it’s ‘America First’ policy, and this is valuable because it provides historians with insight into the perceptions of American citizens, like the author, who see the government as lacking concern for Hitler’s victims in Europe. The content of the source, which depicts a maternal figure with “America First” printed on her shirt who is reading about “Adolf the Wolf” devouring children, is also valuable because it shows us how the America first policy could be seen as inhumane and indifferent to the lives of non-Americans.

The origin of the source is that it was written by a cartoonist rather than a policy-maker, and this is a limitation because it offers us little insight into the details, and in particular the conditions, of America’s policy to avoid involving itself in foreign affairs. Furthermore, it’s content depicts Adolf Hitler as a wolf that only eats foreign children, but omits any content that might suggest the risks America would have for joining the war against the Nazis.

Thanks for reading this far and if you have any questions, come and see us at The Edge!

The Edge Learning Center is Hong Kong’s premier Test Preparation, Academic Tutoring, and Admissions Consulting services provider. Founded in 2008, The Edge has helped thousands of students improve their ACT and SAT scores as well as their IB and AP grades. The AC team has just finished off another successful period in which student gained acceptance to schools such as Stanford, University of Chicago, Brown, and more! Check out our latest Admissions Results!

School's mock exams are approaching. Stay on track with your studies during the school break and give it a boost. Sign up for 15 hours of private lesson to enjoy 2 free bonus hours*! Limited time offer. Contact us to see how The Edge's best tutors can help you boost your score.