The new SAT dropped in March 2016 in the USA and will arrive in the rest of the world in May and June.  We’re now going to analyze in depth the March 2016 SAT Exam and show you how The Edge’s Test Prep System guarantees the highest scores in the industry.

The Reading Test begins with a narrative excerpt from Michael Chabon’s The Amazing Adventures of Kavalier & Clay.

While we would all love to have read the book beforehand, such efforts are time-consuming and unnecessary.  As we read the passage, key phrases highlight the main ideas of the passage:

Rose Saxon, the Queen of Romance Comics, was at her drawing board in the garage of her house in Bloomtown, New York…

Rosa had gotten her start in comics soon after Sammy’s return to the business, after the war…

It was work done in a kind of unreflective crisis mode—whenever Sammy (her husband) was in a jam or shorthanded—but after a while, she realized that she had begun to crave intensely the days when Sammy had something for her to do…

It was called Young Romance. It was aimed at women, and the stories it told were centered on women. Women had been neglected until now as readers of comic books; it seemed to Sammy that they might enjoy one that had actually been written and drawn  by one of their own. Rosa had accepted Sammy’s proposal at once, with a flush of gratitude whose power was undiminished even now. Gotta love the 1950s! When women desperately needed men to validate their existence! Donald Trump would have been elected in a heartbeat back then!

If you had read the passage using The Edge’s Test Prep System, then you should have grasped the main idea as such: Rosa, a housewife, moonlighted as her husband’s comic book inker and writer, which she enjoyed as a break from her duties as wife and mother, and finally became a pioneering female author/artist of Young Romance comics.

Let’s look at some of the questions.

A) provide context for the reason Rosa started working for Sammy.

B) explain why many people stopped purchasing Gold Star comics.

C) reveal how Sammy was so successful in his career at such a young age.

The Edge considers this a Main Idea Classic Question and teaches our students to eliminate answers through understanding of the main idea and scope of the passage.  Answers B and C clearly distract us from the main idea, which is the emerging success of Rosa as a female comic book artist/writer.  Eliminate both.

How do we choose between A & D?  Being “stuck between two answers” is a problem most students face.  With this Classic Question, we encourage students to think about the scope of the passage and measure the remaining answers to that scope.  Do we care to know Rosa’s reason for working with Sammy and his comic book shop, or do we care more about Rosa’s attitude upon getting the job?  Well, this passage is about Rosa’s emergence as a comic artist/writer, so it makes more sense that reasons for working logically fit into the storyline/argument of this essay than just feelings about the job opportunity.  In fact, we later learn that after Sammy takes over at Gold Star as editor he fires many of the artists whom he considered to be “subcompetents who littered the staff there.”  This shortage of inkers would force him to ask his wife Rosa for help and launch her career.

In fact, knowing the main idea and scope of the passage makes the following question a joke:

According to the passage, why was Sammy so desperate for Rosa to help him?

A) He had no artists with comic book experience.

B) He was not confident that he would be able to do the work himself.

C) He had a shortage of artists at Gold Star after firing many members of the staff.

D) He felt it would be beneficial for Rosa to spend time working on a project.

This particular Detail Question becomes quite obvious to answer correctly.  Answer A makes no sense since he fired only the “subcompetents” and still had artistic staff retained at his comic book shop, the Gold Star.  Answer B focuses too much on Sammy, not the main idea of the passage, and makes no sense since he was hired as a the editor, which presumes that he would be able to do it himself if he had the time.  Answer D shifts the scope of the passage to husband Sammy, whom we don’t really care about because this is a feminist article celebrating a pioneering female artist who “had gotten her start in comics soon after Sammy’s return to the [comic book] business, after the war.”

Answer C is a perfectly correct echo, or restatement, of lines 27-28, “it left him with an acute shortage of artists, in particular inkers” and line 52 “whenever Sammy was in a jam or shorthanded.”

Is this where telenovelas got their inspiration?

Why do we LOVE the new SAT?  Because one of the new SAT’s question types tests a skill that we already make our students use when answering Detail Questions.  Let’s look at the pair of questions.

Based on the passage, helping Sammy ink comics was especially important to Rosa because she

A) had a passion for comic books.

B) was feeling an emptiness in her life.

Which choice provides the best evidence for the answer to the previous question?

These pairs of questions were designed by the College Board to teach an important college level skill: to correctly answer detail questions by locating those details in the passage.  If you can find the answer to the second question, you’ve found the answer to the first question.  This of course provides an obvious strategy for these types of questions: instead of running around the entire passage looking for the details, use the answer choices and line references to spot the correct answer!

In the latter question, Answer A gives us the plot of one of her stories.  That can’t be related!  Answer B explains that she was bored after sending her son off to school and getting all the housework done – perfect!  Answer C talks about Rosa’s great brushwork so why would we care?  Answer D introduces the comic genre Rosa helped introduce, which wasn’t the reason why Rosa wanted to help Sammy.  She was bored with nothing to do, or “feeling an emptiness in her life,” and she had the skills to help her husband so she did. 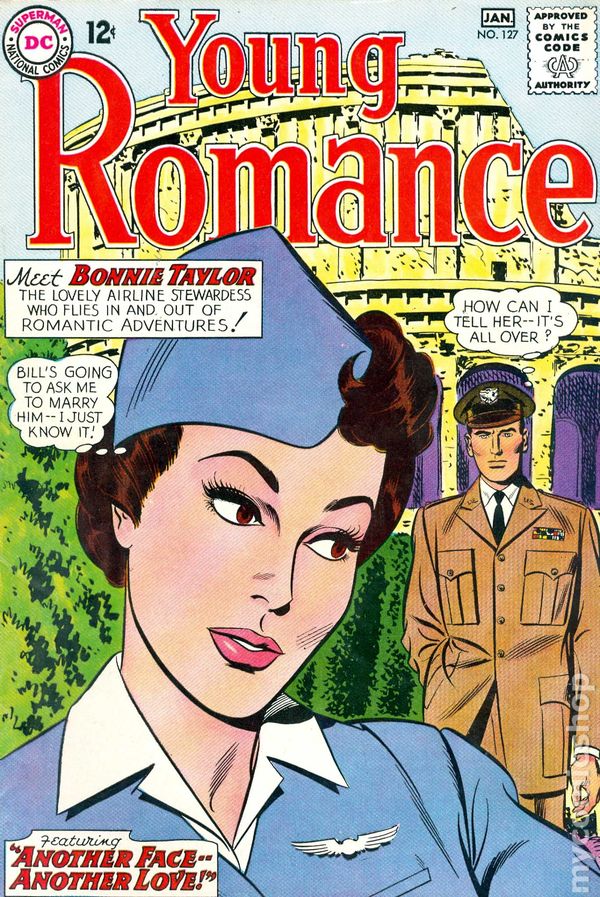 Just you wait, G.I. Bill, when Bonnie gets her gun! Then we’ll see who needs who!

Let’s take a look at one more question:

A) stress how successful Rosa has become at creating comic books.

B) describe a new character that Sammy is developing at Gold Star.

C) show how Rosa views the women who read her comics.

D) explain why Rosa uses a different name while working for Gold Star.

Many students who struggle with the reading section whether because of poor reading skills or because of English as a Second Language (ESL) issues struggle with these types of questions because when in doubt they only look for the literal or direct meanings of the term in question.  We know the definition of a Queen, but the SAT prefers to test those definitions now in context.  The best strategy here is to think about what this passage is about, which is the emerging success of Rosa as a female comic book artist/writer who pioneered the Young Romance genre of comic books.  Certain answer choices then for us super test takers become obviously wrong like Answers B and C.  Neither supports our main idea!

What’s the difference between Answers A and D?  Answer A focuses on her success at creating comic books.  We love the scope and positivity of this answer.  Answer D says she uses a pseudonym which makes no sense because for one, we have no evidence that Sammy was hiding her identity or not crediting her for her work, and second, this relatively positive in tone passage doesn’t hint at any challenge or danger she faced as a female artist, so why would she even need a different name?!  Answer A is perfect because it echoes the reasons for using the word “Queen” while keeping to the scope of the main idea of the passage.

Tune in here next time for more in-depth analysis of popular entrance exams like the ACT, SAT, SSAT, TOEFL, and IELTS!

Was this article helpful? Does Superman deserve Wonder Woman?

Stay informed with our newsletter!

In the meantime, here’s a clip that has just the right amount of romantic comedy and sexism to keep you thinking on your next Roman Holiday.