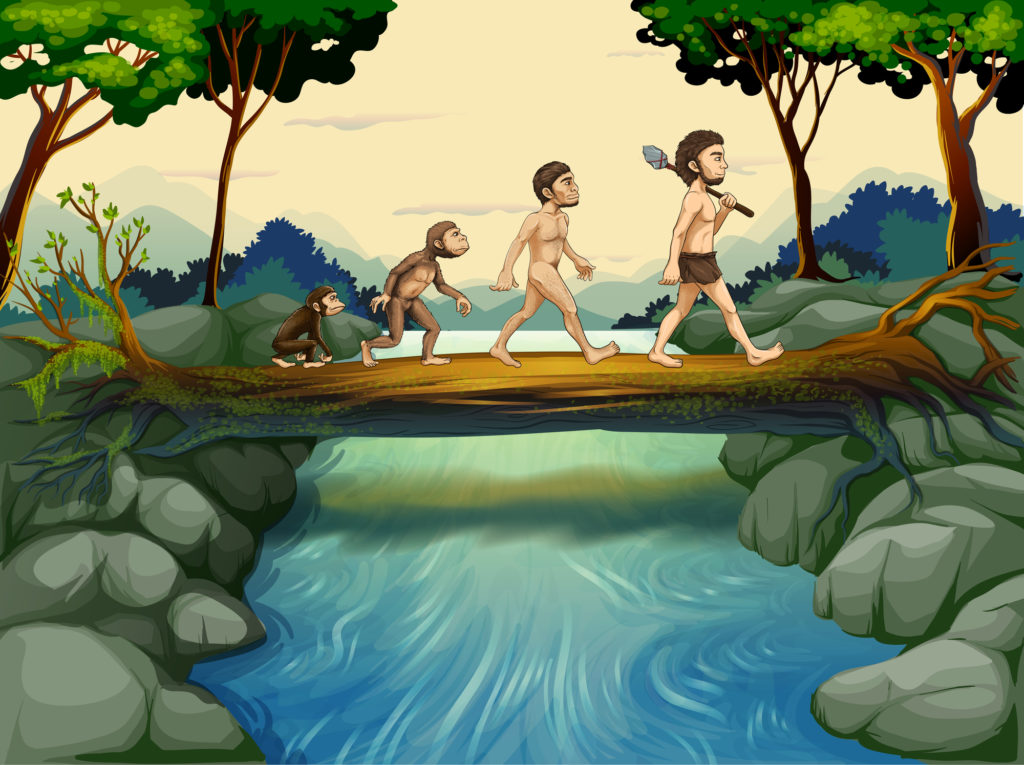 A couple of weeks ago, I was teaching a grade 9 student biology, and specifically evolution. My student was immediately familiar with the most famous scientist associated with the theory of evolution, Charles Darwin. Darwin’s iconic words of “Survival of the fittest”, is perhaps the most well-known scientific statement, whilst remaining very much miss understood. For example, many students enter their IGCSE biology course with the preconceived idea that human evolved from present day apes. In reality, we are not so much the descendants of modern-day apes, but their cousins, as we evolved from a common ancestor. Homo-sapiens and Chimpanzees share 99% of their genome, making chimps our closes living relative. Consequently, this close DNA relationship would imply that both humans and chimps branched off a common ancestor. So how is it, that so many of us have heard of Darwin and ground-breaking conclusion, yet do not understand its true implications. In this article, I will try to show couple of common misunderstandings that many students have about evolution and natural selection, as well as provide an interesting historical side note.

Fallacy 1: Life has evolved randomly, or by chance:

Whilst new gene variants are produced by random mutation, the evolution of species however is dictated by the principles of natural selection. Natural selection would favour the members of a species carrying the advantageous gene, thus ensuring that the offspring of those carrying the desired mutation would ultimately dominate the population, as they are more likely to survive and further reproduce.

Fallacy 2: Organisms are always getting better through evolution:

Genetic variation is generated by random mutation, thus clearly not all variation is desirable. Cancers are a form of fast-producing mutation, that spreads throughout the body. There is no altruism in nature, as a result, 99% of all the species that have ever existed on Earth has already become extinct. Consequently, evolution doesn’t result in “organism always getting better” on the contrary, it results is far more organisms ‘getting left behind’.

Fallacy 3: Humans can’t negatively impact ecosystems, because species will just evolve what they need to survive:

Now this is probably the most insidious of beliefs, propagated predominantly by entities not acknowledging the risks of climate change. Evolution is not an instantaneous process, nor are living organisms evolving. Only with successive generations, will a desired mutation become numerous amongst the population. Whilst a small population within a species may possess gens that enable them to survive in the new human-induced environment, most unfortunately will not be able to adapt, thus leading to population collapse and then extinction.

Finally, let us end by acknowledging the immense contribution of Alfred Russell Wallace. On July 1st  1858, Charles Darwin AND Alfred Wallace JOINTLY presented their paper on the theory of evolution by natural selection. Whilst Darwin, 20 yeas earlier through his voyages along the HMS Beagle, specifically through South America, had gathered different animal species, he still hadn’t completed his ground breaking Origin of Species. Darwin, finally got the impetuous to finish his work, after receiving a correspondence by malaria stricken Wallace who had come independently developed his own ides on natural selection, whilst working in the Malay Archipelago.

Whilst, it is remarkable that these two biologists had independently come to a similar conclusion, it is important to understand that both these men had subtle differences in their theories. Darwin believed that the main driver for natural selection was competition between individuals of the same species, Wallace on the other hand, concluded that it was the environmental pressures on species which forced them to adapt, leading populations in different locations to diverge. Despite Darwin having initially felt threatened, their relationship didn’t descend to a Newton-Leibniz level (both of whom had independently developed calculus, but refused to acknowledge the contributions of the other). Wallace would be the first to acknowledge that Darwin was the preeminent expert the theory of evolution, has he had a far more cohesive analysis, with greater biological evidence, and had been working for 20 years before Wallace found his discoveries. Darwin, on his part ensured that Wallace, who in his later life found financial hardship, would be granted a pension by the Royal Society due to his immense contributions to the theory of evolution.

Know more about Avi and book his class now!

The Edge Learning Center is Hong Kong’s premier Test Preparation, Academic Tutoring, and Admissions Consulting services provider. Founded in 2008, The Edge has helped thousands of students improve their ACT and SAT scores as well as their IB and AP grades. The AC team has just finished off another successful period in which students gained early acceptance to schools such as Columbia, MIT, UChicago, and more! Check out the rest of our 2019-2020 Admissions Results!