Is “hard-working” good enough to be mentioned in an essay? 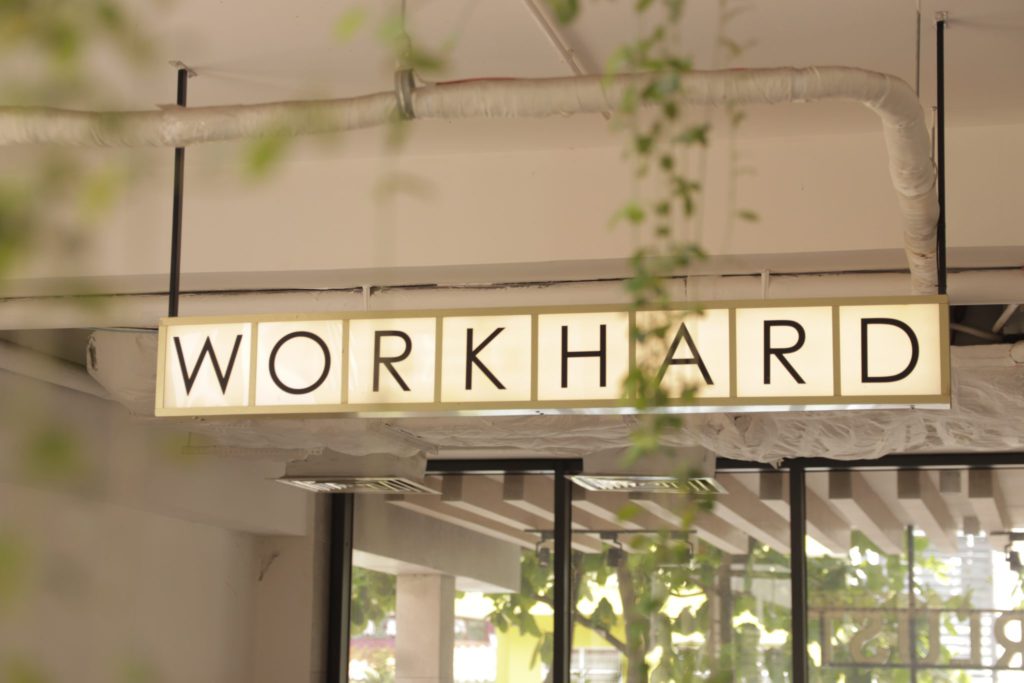 Did you work hard to get to where you are today? Of course you did, but so did all 900 other applicants.

Some expressions in our clients’ essays are always the cause for a double-take.

Why? It’s because they might be overused or have virtually no meaning.

One such phrase that we are particularly thorny about is “hard work” or any variety thereof, such as “working hard,” “hard worker,” etc.

They’re not wrong by any means, but there are a few cases in which it isn’t better off being replaced by another word or expression.

There are at least three main reasons:

There are probably 900 other applicants vying for the same spot you’re trying to get. How many of them wrote some variation of “hard work” in their essays? Our guess: probably a lot of them. If you do as well, it will only make you blend in further with the other applicants, which is not what we want. We want you to stand out and be memorable.

We can guarantee you that just about everyone worked hard at something in their life at some point. How can you rephrase it so that it’s more specific? For example, instead of this: “I decided to improve my basketball skills by working hard at it every day for a year,” how’s this instead? “I improved my basketball skills by practicing free throws every day, stopping only when my shirt was so drenched that I was practically swimming in my own perspiration, for a year.” The first one explicitly says “I worked hard” in some form. The second one said neither “work” nor “hard,” but you probably still finished reading it with the idea that this person worked hard. In fact, you probably have an even better idea of what that person did exactly.

Just like, “I want to help people,” which has become used in so many essays that it basically has almost no meaning anymore, “I worked hard,” or “my father distilled in me the importance of hard work,” will probably not win anyone over. It may have once had some sort of meaning many years ago, but it no longer does, and there are almost certainly more vivid ways of describing the “hard work” you’ve done.

Now that we have (hopefully) convinced you to avoid the expression “hard work” as much as possible, what can you replace it with?

It depends on what you originally used it for.

If you were using it to describe your own behaviors, then instead of “work hard,” state exactly what you did.

Instead of saying, “I worked hard on my computer science project,” you could say:

“For a month, I tinkered away at my computer science project, occasionally forgoing recreational activities, until the program finally did what I intended.”

If you’re using it to describe a characteristic, instead of saying, “My father taught me the value of hard work,” you could say that, “My father distilled in me the value of dedication.” (“Dedication” would be preferable to “hard work” here because it’s similar in meaning but also less hackneyed.)