Ending your essay with a “bang” 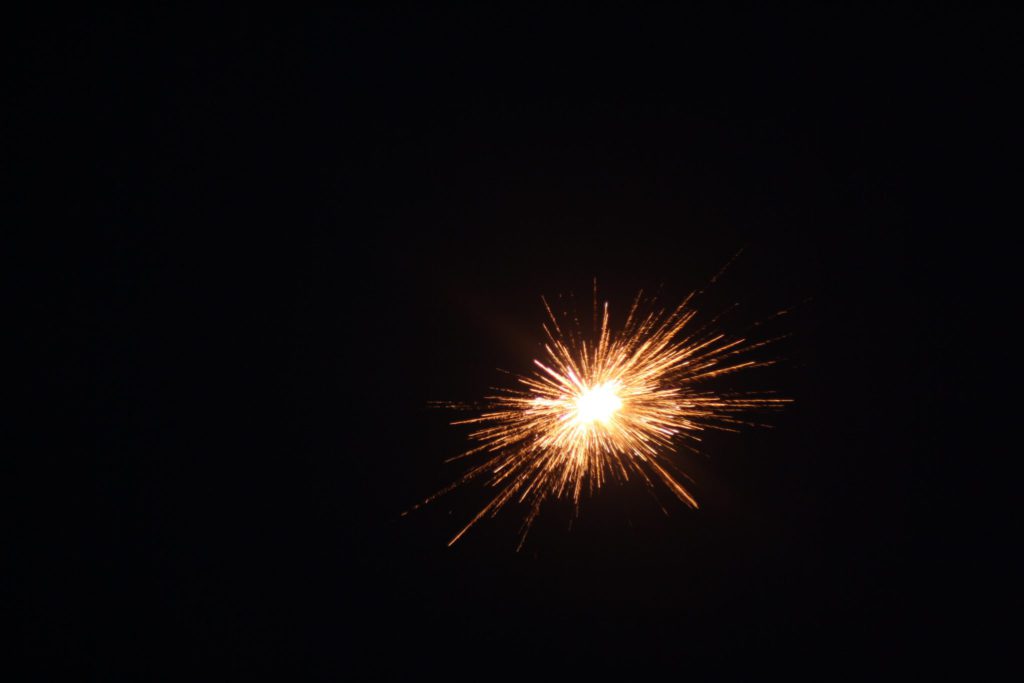 So you’ve just spent days poring over your personal statement until you’ve perfected it. The hook is enticing, your arguments for why you should be admitted to the program are convincing, and your word choice is impeccable.

By now, you are so tired from writing that you just want it to be over, so you write a half-hearted concluding paragraph and hope that the admissions committee doesn’t notice that your enthusiasm seems to have waned from the beginning to the end.

However, doing so would be a huge mistake.

Many students, after three, four, or five revisions, are so exhausted that they just want this whole process to be over.

The end of your essay is your last chance to give the reader a deep impression of you, and you want to make it count. Don’t make it sound plain and banal. Make it vivid and full of impact.

Recently, we had a client who wanted to study engineering.

After reading the contents of his essay, we suggested the following hook to him to start his essay with:

My interest in renewability began with spoiled yogurt.

The rest of the essay then goes on to talk about how he developed an interest in sustainability as a young stripling, starting from a school science project in which he was able to turn spoiled yogurt into a source of renewable energy.

Despite several trials and errors, I think that my bachelor’s and master’s degrees gave me the chance to increase my knowledge and experiences in these technologies. Based on these experiences, I am convinced that [redacted] university is the best place for me to become an independent researcher in renewable energy.

Now, while the concluding sentence isn’t wrong by any stretch of the imagination, it sounds a little bit vanilla, don’t you think? Why not add some pizzazz to it?

Here is what we proposed to him instead:

My journey began with spoiled yogurt, and I have used my experiences during college to improve my proficiency in sustainability. I fully believe that [redacted] is the ideal university to develop my skills as a researcher, so that in the future, I can turn not only spoiled yogurt but the entire gamut of waste products into sources of sustainable energy.

We had another student who was interested in pursuing a business major. Of course, to protect the client’s privacy, we won’t be divulging which school this individual applied to, and we will be changing some other details as well.

After reading his essay, we proposed the following hook to start his essay:

As I sat in front of the library computer, my heart was racing so rapidly it might well have popped out of my thoracic cage. I nervously clicked open my email: “We regret to inform you that you have not passed the exam.” In a flash, my longtime dream of becoming a lawyer seemingly vanished without a trace.

He then goes on to explain how he still wanted to work in the legal industry and did so by interning at a law firm for a few years. (In his country, the law school entrance exam is only offered once per year.) After a few more failed attempts, he finally made it into a prestigious law school. However, while in law school, he noticed that many lawyers were — to both their and their clients’ detriment — ignoring the role of digital media marketing, which led him to want to apply to a business program.

Here was his original concluding paragraph:

For the aforementioned reasons, I think I am the right person for [redacted] School of Business. I am enthusiastic about learning in this program and will try hard to learn the material.

If you were sitting on the admissions committee, what would you think? Is this a memorable line, or does it just blend in with the other hundreds of essays you’ve read that week?

Instead, here is what we proposed to him instead:

The student who failed multiple times to gain admission to law school grew up to be an individual with the moxie to dream of redressing some of the greatest challenges the legal community faces, and I hope that the [redacted] School of Business will give me the chance to turn this dream into a reality.

Which one leaves the reader with a deeper impression?

Finally, we had another client who was interested in applying for a data analytics master’s degree.

In his essay, he mentions how computers can analyze large amounts of data at dizzyingly fast speeds, and to remain competitive in the information age, he has to adapt to modern analytical tools.

This was the hook we proposed to him (again, with details changed to protect privacy):

The prices on my computer screen flashed from red to green, then back to red again. I clicked “sell” as fast as I could, but by then, I was already a millisecond late. Just like that, I lost thousands of dollars for my company. At this point, I realized that there was no denying it any longer: to survive in this technology-driven age, I would have to acquire modern computing skills.

The client then proceeds to talk about his work as a stock trader, and how, during the preceding decades, all he had to do was keep up with the news and execute trades. However, with the advent of supercomputers, not even someone with the brain of Albert Einstein could compete with their computing speed, which is why he wanted to learn computer programming and data analytics.

I am very excited to be a part of the [redacted] community. I greatly appreciate your time in considering my application and I look forward to hearing back from you soon.

First and foremost, sometimes clients who do not have as much experience with writing personal statements attempt to frame them as a letter, with a salutation and end greeting.

Secondly, again, the concluding sentence should stand out and leave the reader with a deep impression of you, the applicant. If someone reading your essay can’t remember the difference between you or the dozen other applicants whose essays that person read that day, your concluding line or paragraph certainly isn’t doing you any favors.

Here is the conclusion we proposed to him instead:

In the modern world, seconds matter, and I strongly believe that the skills I will have acquired in the [redacted] program will release me from the shackles that have held me captive to the traditional world of stock trading and allow me to dive into the deep end of the new age where people and computers must coexist. Maybe then, and only then, can I catch a glimpse of what it means to become one of Wall Street’s illustrious Fast Boys.

If your reader can envision exactly what you look like and what you’re doing in vivid detail after reading your essay, there’s a greater chance that individual will remember you later on.

To conclude, here are three tips we have for how to end your essay with a “bang:”

In the last example above, no one thinks that the applicant is literally shackled. By using this metaphor, the reader sees imagery of the applicant breaking free from whatever was stopping him from moving forward.

In a successful statement of purpose for a graduate program at the University of Pennsylvania, someone wrote:

I have long believed that if I can share my own good fortune with just one person in need, then everything I have worked so hard to achieve will have been worth it. The skills I will have acquired through MCIT’s curriculum will allow me to not only expand opportunities to one person, but potentially thousands, and hope that I will be given the chance to do exactly that.