Comma Rules on the SAT and ACT: What to Do with Names

Commas are the most frequently appearing punctuation mark on the SAT and ACT, so knowing the rules for their usage is necessary for a good SAT Writing and Language or ACT English score. A frequent point of confusion around comma usage is the question of what to do with proper names in sentences.

For example, the following sentence should not contain any commas:

This next example, however, does need commas around the same name:

So, what’s the difference? The important take-away here is that proper names have nothing to do with comma placement. (I’m not sure where students get the idea that names have their own rules, but in my experience many students do have this conception.) 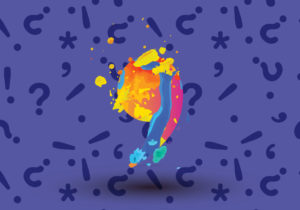 The second sentence is different. The commas around Tom Wolf in this example indicate that the name is nonessential information. If we remove it from the sentence, there’s no problem: “Only one public official provided a complete list…” is a perfectly fine sentence.

Here’s an example from an SAT exam that contains commas and a name:

Let’s parse this entire sentence rather than just figure out the best multiple-choice answer to the question. The first part of the sentence, “More experiments are necessary to demonstrate the viability of vertical farms”, is an independent clause, a complete thought by itself. The comma after “farms” begins a relative clause; the comma is necessary here because the clause is nonessential information.

The correct answer, then, must be B, because it correctly places a comma at the beginning of the nonessential information that ends at “University”. Note that we didn’t need to pay any special attention to the fact that the sentence contained a name: the comma rules pertaining to essential or nonessential information were the only important consideration here.

The Edge Learning Center is Hong Kong’s premier Test Preparation, Academic Tutoring, and Admissions Consulting services provider. Founded in 2008, The Edge has helped thousands of students improve their ACT and SAT scores as well as their IB and AP grades. The AC team has just finished off another successful period in which students gained acceptance to schools such as Columbia, MIT, UChicago, and more! Check out the rest of our 2019-2020 Admissions Results!